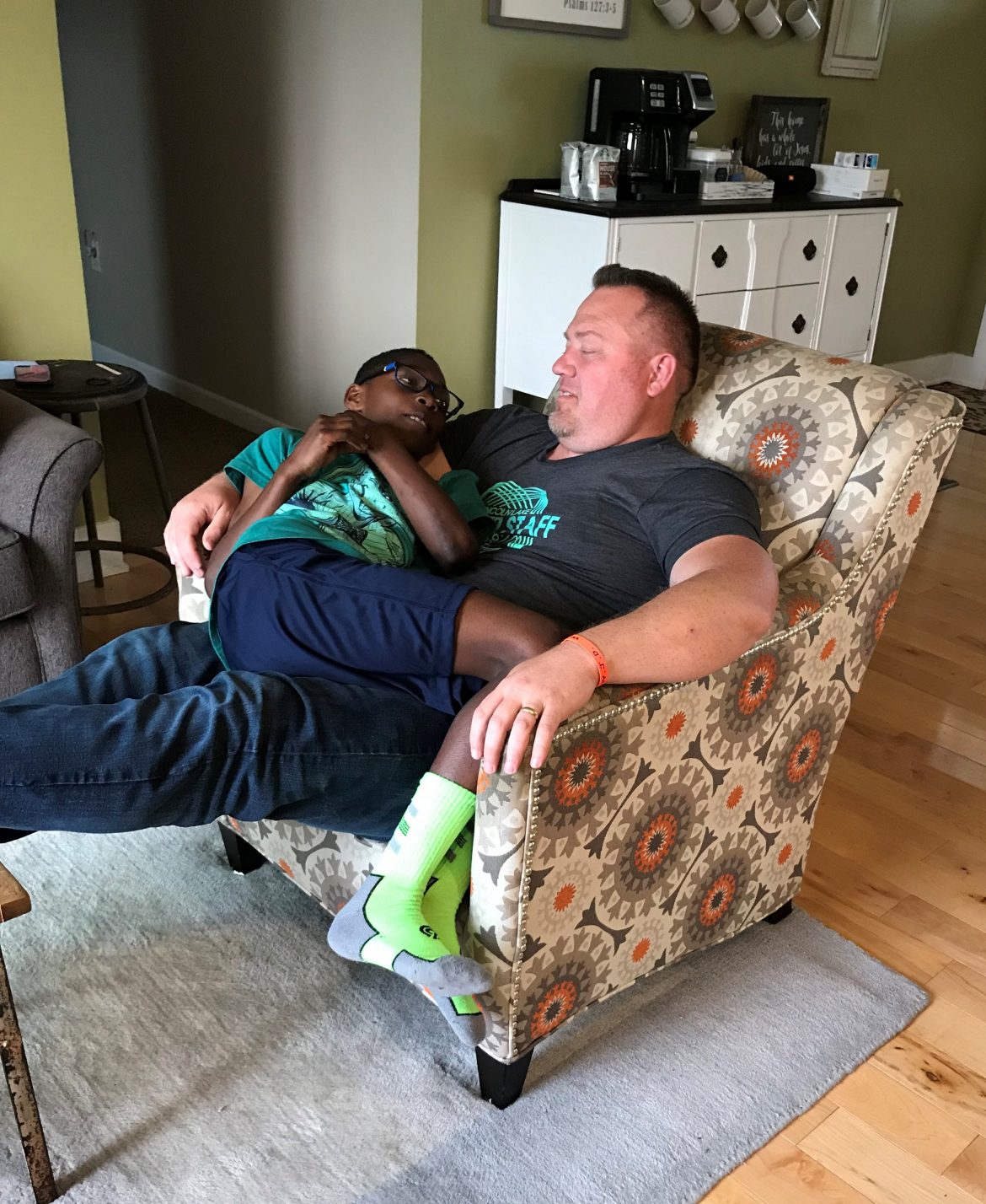 I think November is our month. What I mean by that is, November is Diabetes Awareness month and Adoption Awareness month. These two things apply to 6 of our 8 children. If you have been reading this blog you probably already know we have three children with type 1 diabetes. What you might not know, is that we have three adopted children as well. Both of these issues are important to our family so I will probably be talking/writing about them a lot this month. To kick off the first day of this month I would like to take a break from talking about diabetes and focus on adoption.

Adoption and all that comes with it plays a huge role in the dynamic of our family. The problem is our adoption is tricky for me to write about. I think the reason is twofold. One, I want to be as honest as I can about our adoption experience without discouraging others from considering adoption. Two, I want to be careful to not share too much personally about my adopted children because in all honesty it is not my story to tell. The decision to share or not share their story is up to them. 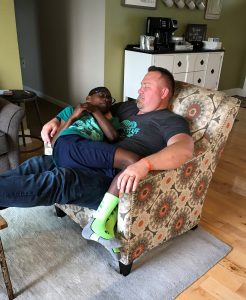 I took this photo of my husband and (at the time) 10 year old son in early June. When I snapped it I had no intention of sharing it publicly because I was not sure I would be able to convey the significance of the moment. I thought about sharing it with a shout out to my husband on Father’s Day but it still felt too sacred. Now that I have had a little more time to let the image soak into my thoughts I decided I need to share it. We met our son 4 years ago and officially adopted him 3 years ago. Through no fault of his own, he experienced significant, life impacting trauma prior to coming to our home. The impacts of trauma can be profound and lifelong but they can also be lessened with the right relationships, therapies and sometimes medication. The problem is recovery can be slow. Slow like a snail going uphill on a slippery surface in the rain slow. As a result it can be hard to see progress or measure success because it is so painfully slow. But every once in a while God gives us a measurable difference that cannot be denied and this photo is proof. But I will get to that in a minute.

Do you watch the Today Show? If so you might be familiar with one of the hosts on the show named Hoda Kotb. She recently adopted her second infant daughter and thanks to her notoriety, adoption is getting a lot of positive attention. I am so happy to see a positive light being shed on adoption but if I am being honest I am a little jealous. I am not jealous of Hoda’s obvious elation at being able to adopt two beautiful girls but rather the ease at which she has seemingly bonded with them. Hoda (and a few other adoptive parents I know) talk about the moment they laid eyes on their child they felt a strong connection that cemented their feelings that this child belonged with them. That was not how things worked out for me. The agency we adopted through did all they could to prepare us for adoption but nothing can truly prepare you for the impact trauma has on a child and the subsequent impact it can have on the rest of the family. They had night terrors and tantrums. They got in trouble at church, at school and on the bus. They hoarded food or ate until it made them sick. They wanted physical affection but would only accept it from strangers. I wanted physical affection and interaction to feel natural. I wanted them to understand they are safe. I wanted an immediate maternal bond. My children felt like strangers or like children we were babysitting when they first came to us.

I used to be ashamed to admit that I did not immediately bond with our kids. Not anymore. Even biological mothers can have trouble bonding with their baby, especially if they experienced a traumatic birth. Every birth story is different. Every adoption story is different as well. Past trauma not present behavior was our enemy. You will notice I said “our” enemy.  Ours because when we chose to adopt we chose to join the battle to hopefully one day overcome their broken past. But sometimes in the midst of battle you cannot see the forest through the trees. You can get tunnel vision and not realize that even though it feels like you are being pushed back you have actually advanced. This photo is my way of stepping back and realizing we have advanced. I cannot remember specific details of this moment but I do remember Jim and I were chatting and as our son walked by my husband said something in a teasing manner towards him. Instead of smiling and continuing to walk by, our son teased back and then naturally (without asking) crawled up into Jim’s lap and started a conversation. It was such a natural and easy interaction between a Dad and his son that you would have never known this did not normally happen in our home. I don’t know what made this day different. I don’t know why we were suddenly victorious when it felt like we were losing. How we made it here is not as important as the fact that we are here and here is a good place to be.

If you are considering adoption may I encourage you to take the first step? Adoption is not always an easy road but it can be very rewarding. I am without a doubt a better person because we said yes to three little people.