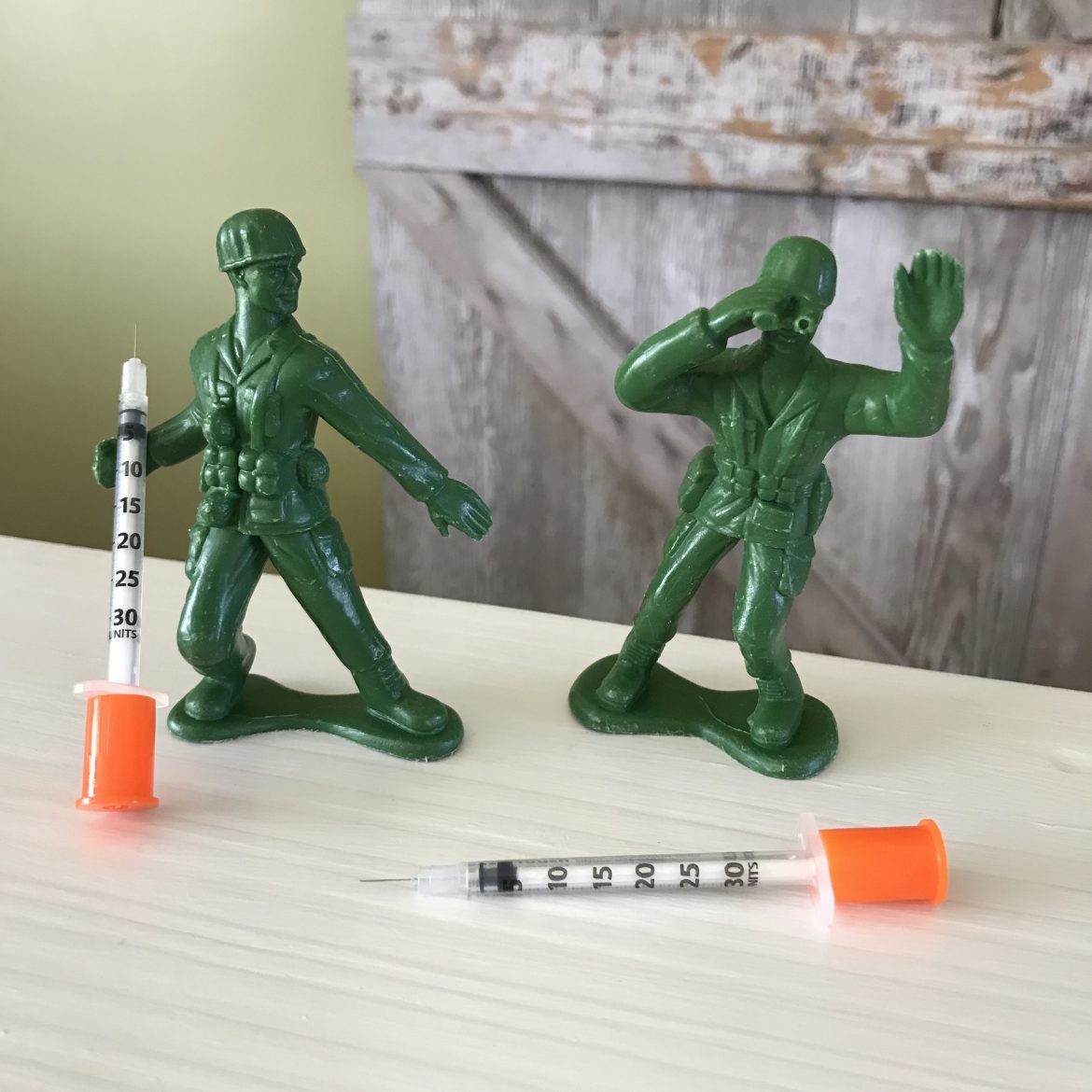 It has been a while since I have posted here. There are a lot of reasons why it has been so long but the number one reason is it is back to school season. Having eight children ranging from 1st grade to a senior in high school means we are really busy. In the past we have done a mix of public, home and online school depending on the needs of our kids at the time. All of our kids are in public school for the first time this year. That means for the first time in 12 years I am home alone during the day. Great, right?! Wrong. Contrary to popular memes and GIFs I like having my kids at home. Managing eight kids at home is easier than managing eight kids in three different schools with 31 different teachers. Summer is noisy and chaotic but having everyone under one roof is comforting to me and in all honesty less stressful. (Less stress not less mess) Diabetes and tough behaviors related to the trauma our adopted children have experienced are easier to handle in the comfort of our own home. If someone needs a break to regroup their emotions or treat a low blood sugar, family kickball or basketball can take an early halftime. If we need to eat lunch early or late because it works best with blood sugar trends of the day we can do that. If Joci gives herself an injection or Brady and Cy are beeping or one of their devices needs changed they just do it and no one stares or asks questions. That flexibility is lost at school. A teacher cannot stop teaching while one of my children with diabetes waits for their mind to clear from the fog of a high blood sugar. PE class does not pause Brady’s favorite activity of dodgeball for 20 minutes while he waits for his blood sugar to come back up. Lunch is at the same time everyday. Not everyone knows what the different beeping and devices are so they bring a lot of unwanted attention.

Brady is a letter writer. What I mean is, if he is struggling he will write about it in a letter, hand it to me and then wait patiently while I read it. It is his safe way of starting a conversation about something that is bothering him. The start of 7th grade has been hard on him. Being different and sometimes not feeling good during school is taking its toll. Most of the time when Brady hands me a letter he does not need me to give him advice but rather ask questions and listen to his feelings. Last week I decided to follow his example and write him a letter in return after he had gone to bed. After I finished and reread it I realized the letter should have been written to myself. I needed to hear the things I wrote as much if not more than him. Then I thought about all the posts from other parents of children with type 1 diabetes and the struggles they and their children face. Maybe someone else needs these thoughts as well. Brady was gracious enough to let me share my letter to him with you.

Do you remember when you found out you will never be able to join the military? I do. I was standing at the bathroom mirror, applying my makeup. The bathroom door was open and you and your brothers were running up and down the hallway with various toy soldiers and army tank toys playing “army”. You stopped at the doorway to the bathroom and asked, “How old do you have to be to join the army?” I froze, unsure how to answer. You were probably 10 years old at the time and even though you have had diabetes since before you can remember, there are some things that you are still learning about the disease. I knew you were not asking out of general curiosity but because it was a career option you had just now considered. When I looked at you and answered “17 or 18 I think. But people with type 1 diabetes can’t join.” Your eyes got big as you seemed genuinely surprised by my answer. You did not seem disappointed, only shocked to find out diabetes had some limitations. Dad and I have always told you, you can do anything you want with diabetes it just takes a little more planning sometimes. Well in this case it is not true. It was hard to tell you there is something that diabetes limits. 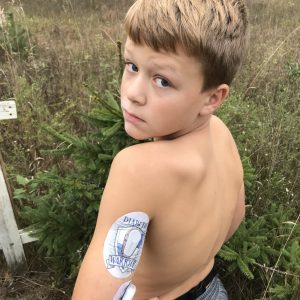 When you told Dad and I the other day how much you hate having diabetes and how it makes you feel like an alien at school, my heart hurt for you. When you told us the things you think about and how sometimes you want to give up; I think I understand those feelings. I want to give up sometimes too.

Do you know what people sometimes say to me when I am facing hard things? God will never give you more than you can handle. That is NOT true! I think you and I can agree that diabetes is more than we can handle sometimes (maybe most of the time). What IS true is the fact that Jesus told his disciples that we will face hard things. “I have told you these things, so that in me you may have peace. In this world you will have trouble. But take heart! I have overcome the world.” John 16:33. I do not know why God chose to let you have the trouble of diabetes but I promise He does not expect you to carry this by yourself. God is with you in this even more than Dad and I are with you.  God is not just watching from a distance as you face trouble. He promises He is a VERY present help. God is our refuge and strength, a very present help in trouble. Psalm 46:1  God is with you (and me) in this. He will be our strength when we want to give up.

The truth is, Brady, you are already a soldier. You are fighting a battle every day sometimes every hour or minute against an invisible enemy named Diabetes. A soldier needs courage, perseverance and smarts. You are learning more about your enemy every day and sometimes getting the upper hand. That’s smarts! You do the hard things EVERYDAY even when you don’t feel like it. That’s perseverance! You press on even when it is painful or scary. That’s courage!

Sometimes it might feel like you are losing the battle but unlike soldiers in a war on earth you have an advantage. You already know how the battle will end. You have a promise that you (we) will win because Jesus has already overcome. Soldiers sometimes get tired and weary. I know you are weary of this battle. I am too. It feels like the world is kicking our butts right now doesn’t it? When I get really weary I remind myself that God is greater than all of the problems we are facing. 1 John 4:4 You are of God, little children, and have overcome them, because He who is in you is greater than he who is in the world. I heard this song the other day and the first thing I thought of was you. FIGHT ON, FIGHTER! The battle is long but the victory is promised. I love you!

Fight On, Fighter by For King And Country

If I could, oh, I would be a hero
Be the one who would take all the arrows
Save you from the pain, carry all the weight
But I know that you’re brave

There’s a part that you hold that you lock down
Let it breathe, give it wings, set it free now
Time to make ya walk, break the prison bars
Show them who you are

Stronger than you than you ever thought
I know you’re stronger
Braver than you were before
You know you’re braver
Oh, no, you don’t have to be afraid
Together we’ll face it
So don’t ever stop no matter what
‘Cause you’re gonna make it

To listen to the song or watch the music video click here.