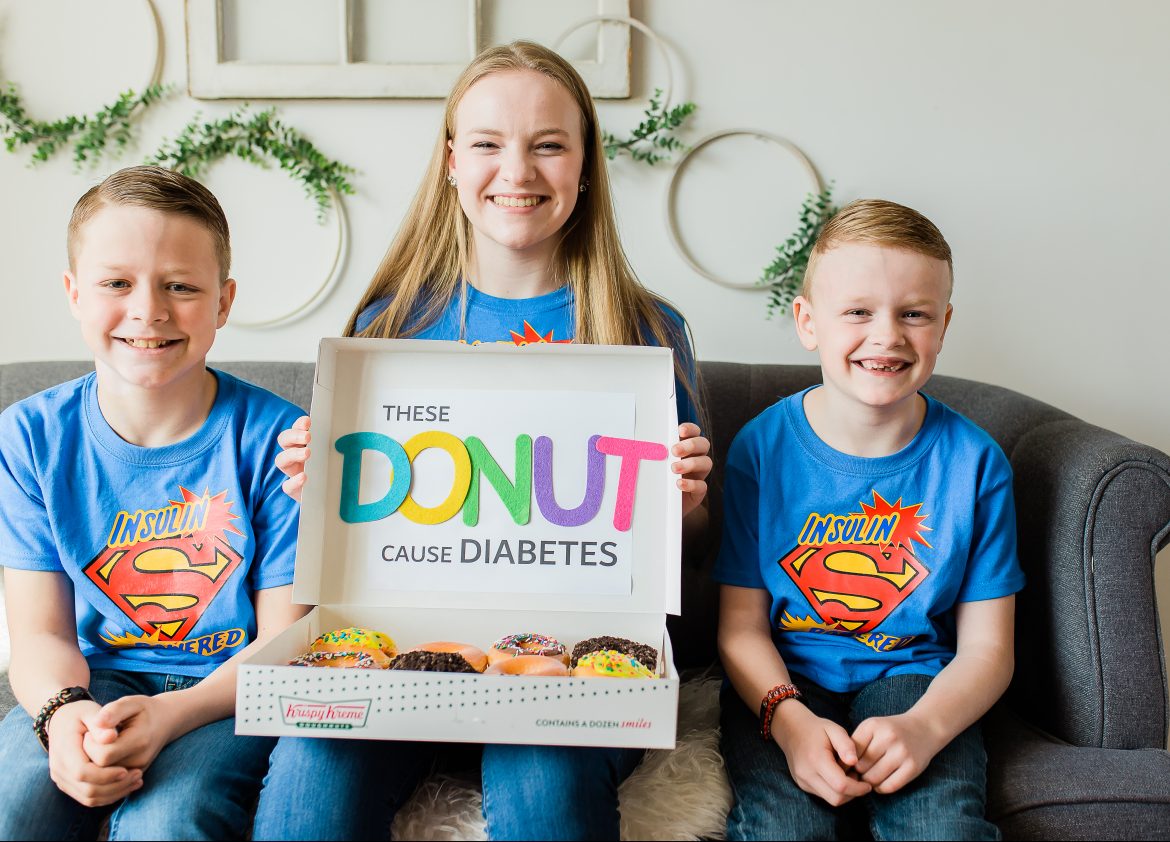 These “Donut” Cause Diabetes

Would you tell someone with Crohn’s disease, Endometriosis, Rheumatoid Arthritis or Multiple Sclerosis that they did something to cause their disease? Of course not! Not only would that be untrue it would also be cruel to blame someone for something they cannot control. All of these diseases fall under a category called autoimmune disease; meaning the body produces antibodies that attack normal body tissue. Type 1 Diabetes is also an autoimmune disease. For reasons yet unknown the body attacks the insulin-producing beta cells. Insulin is a hormone that allows the body to unlock glucose from the bloodstream. Without the “key” aka insulin, glucose stays locked in the bloodstream, leading to diabetic ketoacidosis and eventually death. 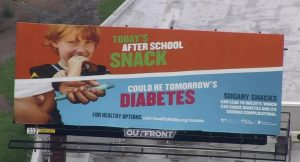 So why am I telling you all this? Especially after I promised no more medical textbook blogs? Because THIS (see photo) is still happening. This billboard is part of a campaign against eating sugar in Philadelphia, Pennsylvania. It depicts a child eating a sugary snack followed by a caption saying it will lead to diabetes along with a picture of a person injecting themselves with insulin. I cannot say for certain if the billboard was meant to warn against type 2 diabetes but by not distinguishing between the two, the city of brotherly love definitely got anything but love in return from parents of children with type 1 diabetes. If my 7 year old (diagnosed 5 months ago) saw a billboard like this he would immediately assume he did something to cause his diabetes. He does not understand that he and two of his siblings won the autoimmune disease lottery instead. Not long after his diagnosis he came home from school upset because a kid at school told him the reason he has type 1 diabetes is because “he ate too many desserts”. This kind of nonsense needs to stop. If you want to talk about sugar and diabetes then please understand that sugar in the form of juice boxes, fruit snacks, frosting, gummy bears etc. has SAVED the lives of my children with type 1 diabetes often, sometimes on a daily basis. We never go anywhere without some kind of sugar because the only way to reverse a low blood sugar is by eating sugar.

Type 1 Diabetes is a serious disease but it does not mean we are always serious. A good sense of humor is one of the first things that attracted me to my husband and he does a great job of not letting this disease and other tough things in our family get the best of us. We have fun joking about “diabetus” and “the betes”. We make up silly things that we would like to tell people when they ask about “that thing on your arm”. We buy shirts with funny sayings on them and share GIFs and memes with each other that make us laugh. Laughter IS the best medicine, unless you are diabetic; then insulin would be the best medicine; but you know . . . . .

Not only is this billboard spreading false information it is trying to scare or shame people into making a different choice. I read a quote once that said, “The worst distance between two people is misunderstanding.” I never want my children to feel ashamed because they have diabetes. I never want them to feel distanced from society because of a perpetual misunderstanding about type 1 diabetes and its cause. But advocating for yourself when you already have so much on your plate is a lot to ask of them right now. If you are reading this blog consider educating those in your circle about what does NOT cause type 1. Or feel free to eat a donut or two or twelve guilt free now because you know it will not cause type 1 diabetes. You know you want to after seeing these photos. 🙂